Lyric illustrations from Roll as a Hexagon, also available as a printed book. 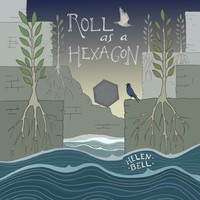 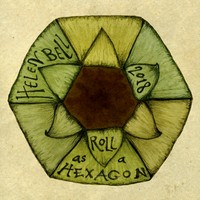 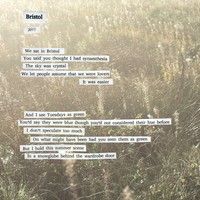 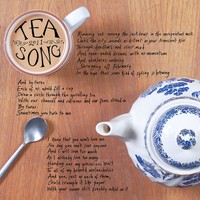 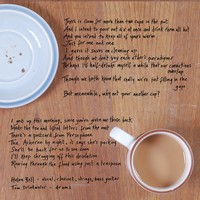 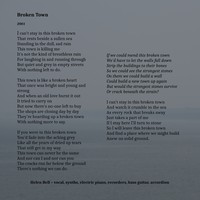 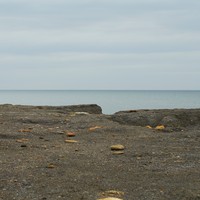 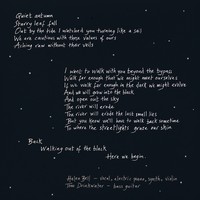 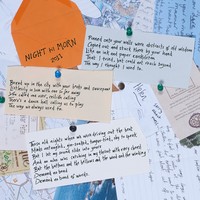 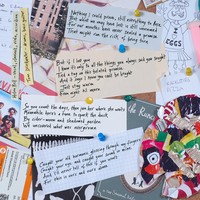 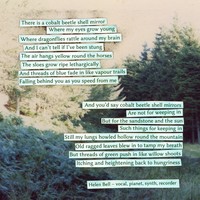 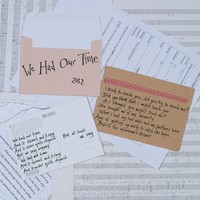 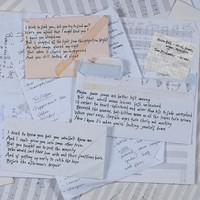 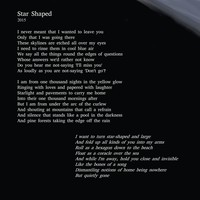 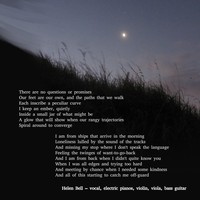 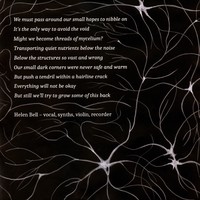 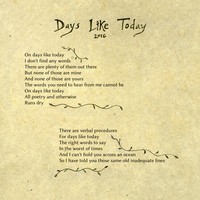 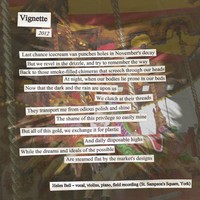 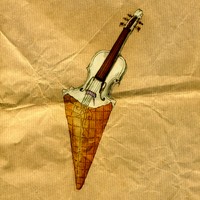 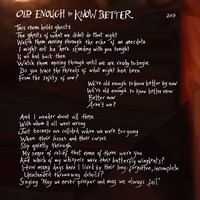 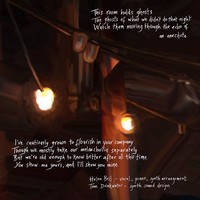 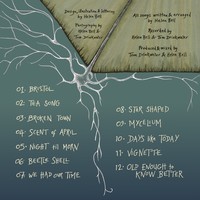 Soft slow summer delays
What’s a smile and the accidental brush of our hands worth?
You missed your station and I missed you
When you alighted one stop later at Tamworth

I know that you won’t love me
You say you can’t love anyone
And I will love too much
As I already love too many
Handing out my precarious heart
To all of my beloved melancholics
And you, just as each of them,
Could crumple it like paper
With your name still freshly inked on it

There is room for more than two cups in the pot
And I intend to pour out six at once and drink them all hot
And you intend to keep all of yours warm
Just for one and one
I guess it saves on cleaning up
And though we don’t buy each other’s paradigms, perhaps
I’ll half-delude myself a while that our convictions overlap
Though we both know that really we’re just filling in the gaps
But meanwhile, why not pour another cup?

I got up this morning, since you’ve given me those back
Made the tea and lifted letters from the mat
There’s a postcard from Persephone
The Acheron by night, it says she’s packing
She’ll be back for us to see soon
I’ll keep shrugging off this desolation
Rowing through the flood using just a teaspoon

I can't stay in this broken town
That rests beside a sullen sea
Standing in the dull, sad rain
This town is killing me
It's not the kind of breathless rain
For laughing in and running through
But quiet and grey in empty streets
With nothing left to do.

This town is like a broken heart
That once was bright and young and strong
And when an old love burnt it out
It tried to carry on
But now there's no-one left to buy
The shops are closing day by day
They’re boarding up a broken town
With nothing more to say.

If you were in this broken town
You'd fade into the aching grey
Like all the years of dried up tears
That still get in my way
This town can never be the same
And nor can I and nor can you
The cracks run far below the ground
There's nothing we can do.

Scent of April
Sound of Friday
Out in the street the wine is rising with the moon
We are cultivating thickets of words
Grown up inside this room.

I want to walk with you beyond the bypass
Walk far enough to get away from ourselves
If we walk far enough
In the dark we might dissolve
The night will paint over in black
Those loops we cannot close
The river will flow in
The river will flow in and fill the holes
But you know we'll have to walk back sometime
To where the streetlights graze our skin
Back
Painted over in black
Where do we begin?

Pinned onto your walls were abstracts of old wisdom
Copied out and stuck there by your hand
Like an ink and paper exoskeleton
That I tried, but could not reach beyond
The way I thought I used to.

Boxed up in the city with your books and saucepans
Listlessly in love with one so far away
You called me over, ceilidh calling
There’s a dance hall calling us to play
The way we always used to.

Nothing I could prove, still everything to lose
But what we may have lost is still unnamed
For our mouths have never sealed a promise
That might run the risk of being torn

So you count the days, then join her where she waits
Meanwhile here's a tune to spark the dusk
By cider-moon and shadowed garden
We uncovered what was overgrown

We Had Our Time

I tried to reach you; did you try to reach me?
Did you think that I might teach you as I thought you might teach me?
You taught me of my minority
When I cast my love wide and my faultlines bare
And of getting up early to catch the hope
Before the afternoon’s despair

I tried to find you; did you try to find me?
Were you afraid that I might blind you? I guess you blinded me
But I snapped off the light from this projection bright
An after-image glazed my sight
But when it cleared you reappeared
And you still looked all right

Maybe some songs are better left unsung
But that would mean lessons left unlearned
I’d rather be heart-splintered and wiser than left to fade unresolved
Beneath the waning, bat-bitten moon as all the leaves turn brown.
When your easy, illegible eyes turn steely and mocking
Now I know it’s when you’re locking yourself down

I tried to know you but you wouldn’t know me
And I can’t grow you into some other tree
But you taught me to seek the minority
Who would cast their love wide and their faultlines bare
And of getting up early to catch the hope
Before the afternoon’s despair.

I never meant that I wanted to leave you
Only that I was going there
These skylines are etched all over my eyes
I need to rinse them in cool blue air
We say all the things round the edges of questions
Whose answers we'd rather not know
Do you hear me not-saying 'I'll miss you'
As loudly as you are not-saying 'Don't go'?

There are no questions or promises
Our feet are our own, and the paths that we walk
Each inscribe a peculiar curve
I keep an ember, quietly
Inside a small jar of what might be
A glow that will show when our rangy trajectories
Spiral around to converge

And in a year or five we’ll see the upshot of what went down today
And there will be pseudo-news insisting something else is to blame
The light falls crisp and blue on the hills
On hands in hands, and the air is still
And soon the moon will loom over dusk’s soft grey
And everything will not be okay

We must pass around our small hopes to nibble on
It’s the only way to avoid the void
Might we become threads of mycelium?
Transporting quiet nutrients below the noise
Below the structures so vast and wrong
Our small dark corners were never safe and warm
But push a tendril within a hairline crack
Everything will not be okay
But still we’ll try to grow some of this back

Last chance icecream van punches holes in November's decay
But we revel in the drizzle, and try to remember the way
Back to those smoke-filled chimeras that screech through our heads
At night, when our bodies lie prone in our beds
Now that the dark and the rain are upon us
We clutch at their threads
They transport me from odious polish and shine
The shame of this privilege so easily mine
But all of this gold, we exchange it for plastic
And daily disposable highs
While the dreams and ideals of the possible
Are steamed flat by the market's designs

I might not be here
Standing with you tonight
If we had back then
Watch them moving through until we are ready to begin
Do you trace the threads of what might have been
From the safety of now?

And I wonder about all those
With whom it all went wrong
Just because we collided when we were too young
When their losses and their curses
Slip quietly through
My sense of relief that none of them were you
And which of my whispers were their butterfly wingbeats?
How many days have I lived by their long-forgotten, incomplete
Unintended throwaway details?
Singing ‘May we never prosper and may we always fail’


I've cautiously grown to flourish in your company
Though we mostly take our melancholia separately
But we're old enough to know better after all this time
You show me yours, and I'll show you mine